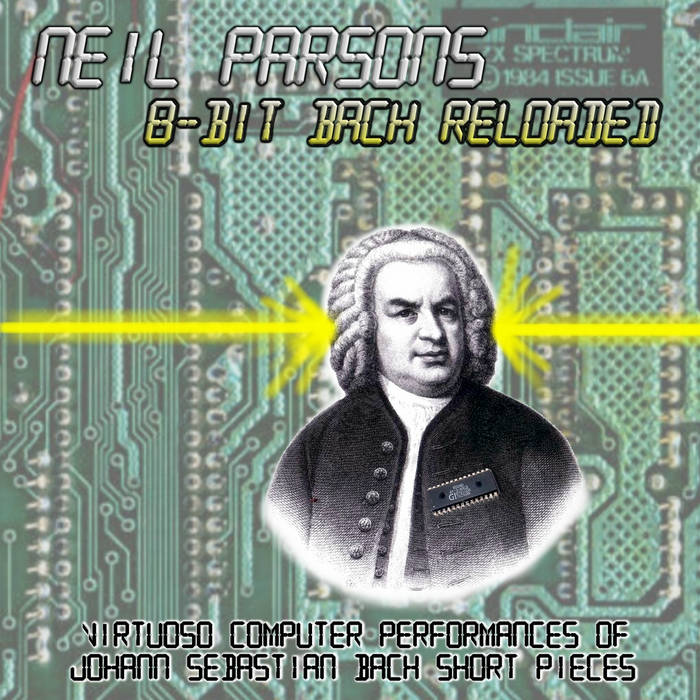 Computer music album with a selection from different pieces composed by Johann Sebastian Bach and all of them arranged for the ZX Spectrum 128k via software, under BASIC operative system. The source of the music comes from "8-Bit Bach", a software program developed completely by myself for all ZX Spectrum 128k computers and available as a free download archive at my retrogaming blog Program Bytes 48k, and lately on World Of Spectrum website.

My comments and link to the program (suitable for ZX Spectrum emulators): programbytes48k.wordpress.com/2013/03/01/8-bit-bach-ya-es-una-realidad/

NEW UP-TO-DATE (July 1st, 2013)
===========================
I've decided to remove all tracks that don't belong to the ZX Spectrum released program. Those ones were converted with a tool that didn't make them well. Also, I've deleted from the album downloadable archive both front and back inlays, until I can redo them.

New artwork released and now added to the album.

I'm an 'afficionado' of vintage console and computer games. I like music in most of its genres, too, but what I like most is creating it or arranging whatever it makes me feel better in my life. For now, my musical adventures run around 8-bit computers, especially the much beloved ZX Spectrum.

I have other interests in music, too, but for now there's nothing else to say. ... more

Bandcamp Daily  your guide to the world of Bandcamp